Mexican Women Are “Trapped” in Poland Due to Border Closures 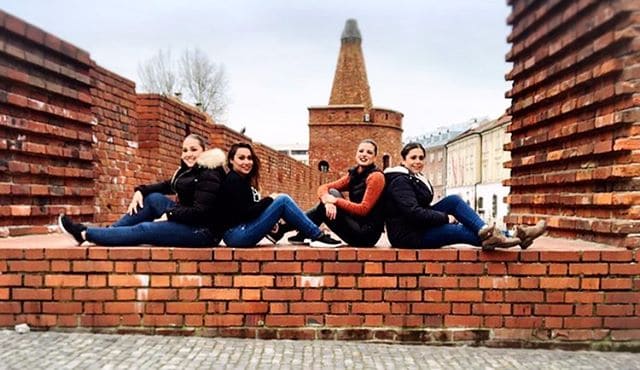 As we reported in days past, Poland’s borders have been closed to prevent the spread of the coronavirus in the country.

On March 13, 2020, the Polish government introduced a state of epidemic emergency.  The Prime Minister reported some measures for all citizens such as staying at home for as long as possible, and possibly the most relevant: Poland’s borders will remain closed (no international flights or trains allowed).

For the latest updates on Coronavirus in Poland click here

In several groups on Facebook, cases were reported where foreigners who had been visiting Poland and were “trapped” in the country, unable to find a flight to return to their countries after the government issued those measures.

A group of Mexicans – Mirey Montaño, Noemi Montaño, Blanca Avila and Lillian Sanchez – belonged to this group of foreigners who had to involuntarily extend their stay in Poland. We contacted them to tell us a little bit more about their experience in this unique situation, and this is what they told us: 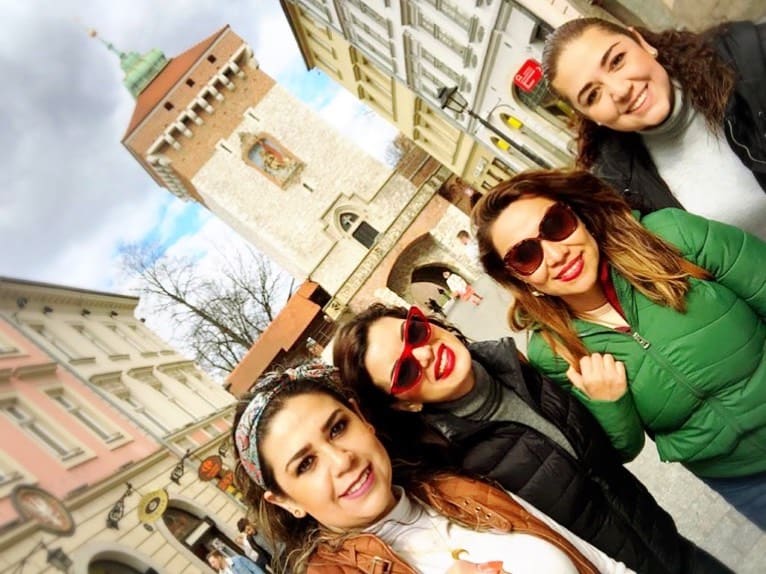 We arrived in Poland on Tuesday night March 10th to the city of Krakow from the city of Edinburgh, Scotland.

The intention was to spend stay in Krakow till 13th of March, to visit the emblematic places, we were so eager to learn about the history of the city. Later we would continue our trip to Budapest by land on the 13th at night. The day after we arrived we did a free tour of the city, and it was there when one of the guides told us and the other tourists:

“From March 12, various tourist places like Auschwitz will close their doors as a contingency prevention measure.” At that moment we realized that things would not go very well…

Still, we decided to spend the days in the city of Krakow visiting and doing the possible tours, while waiting for the day to come to continue our trip to Budapest.

On Friday, March 13, we received an email notification that our bus operated by FlixBus (to Budapest) had modified the departure time. But before we even arrived at the station at the indicated time, we got the news that the bus had been canceled! (Until now, the FlixBus company has not taken charge of what happened, since it does not respond to our messages).

At the same station, we realized there was too much misinformation and that’s when our chaos began. It was only said that Poland was going to close borders and that was why they were not leaving.

We immediately had to notify the Budapest hostel, but they were also closing everything. On the same day, we canceled our transport from Budapest to Vienna, because we would not be able reach that destination either.

It was almost midnight and what we did was return to the same hotel where we were staying and where fortunately they accepted us for one more night while we looked for alternatives to be able to leave and not continue losing the other reservations we had.

Difficult moments of anguish, but above all, we knew that we had to decide and act quickly.

What we thought was the best option was to leave Krakow and go to Warsaw thinking that there would be more possibilities to leave, we bought a flight to Warsaw the next day and at the same time, we found an option to travel to Madrid with a stop in Portugal by the TAP airline. We thought it was a good option, although Spain was in chaos, we thought it was better to be there to be ready for any change in our flight back to Mexico. We also knew that in Warsaw there is the Mexican embassy, ​​in case any orientation was required we knew where to go.

We arrived to Warsaw on the 14th at night. Upon arrival, we received another notification that our flight to Madrid with a stopover in Lisbon…  had been canceled too! We were being victims of the domino effect. 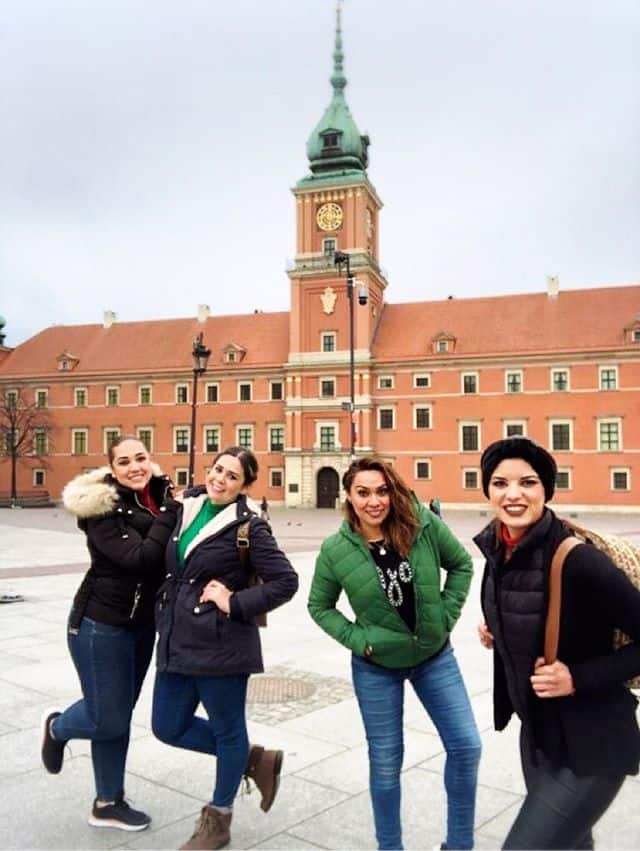 Everyone told us that we should return to Mexico, which was impossible since Poland was also closing borders and there were very few exit options.

Aeroméxico, the operator of our return flight, did not answer calls or messages until 72 hours before the flight departure.

To even think about buying another flight was almost impossible… enormous costs. Besides, it was risky in case other countries decided to close their borders too. It was a never ending story.

We stayed in Warsaw, and we decided to go to the Mexican Embassy. We arrived at the embassy and they basically informed us that the situation was changing from day to day and that they were not prepared either.

The embassy official who received us, asked for patience and that the only thing we could do was wait. And that it was better to wait here in Warsaw which is a relatively cheap city compared to other cities in Europe.

In Warsaw, we got an Airbnb where we can stay knowing that the situation is much more controlled than in other places.

10 days of waiting is what we would more or less spend here in Warsaw. All we need to do is get to our flight back to Mexico, which is still scheduled to leave Madrid.

In Warsaw, we adapted to our space, we made groceries to save a little. We went out for a couple of hours to walk and get to know the city, taking of course the recommended security measures.

We have seen how the people of Warsaw follow the rules, in the supermarket, banks, exchange houses and they also stay at home.

The embassy has supported us morally, but financially nothing… there is no budget for these cases… unbelievable, right?

The embassy official who received us – has been very attentive to us all the time and thanks to him we learned how to leave Poland to arrive on time for our flight to Madrid.

The LOT airline is operating Charters to also be able to bring Polish citizens who were stranded in Spain, so we will take advantage of that option.

We invested once again to buy this flight that was not in the plans, something like $5,000 Mexican pesos per person

But if I want to highlight that it was thanks to the embassy official’s help, our gratitude, and appreciation, because he does his job very well in what is within his possibilities.

If everything goes well we will leave tomorrow (21st of March) to Madrid, and from there, we will fly back to Mexico in the afternoon.

Are you a Mexican that cannot leave Poland due to the coronavirus? Do you want to share your story about how you are living the temporary quarantine in a Polish city?

Send us your story at contacto@mexicanosenpolonia.com and we will gladly share it.