Poland in the Top 20 in the Global Peace Index 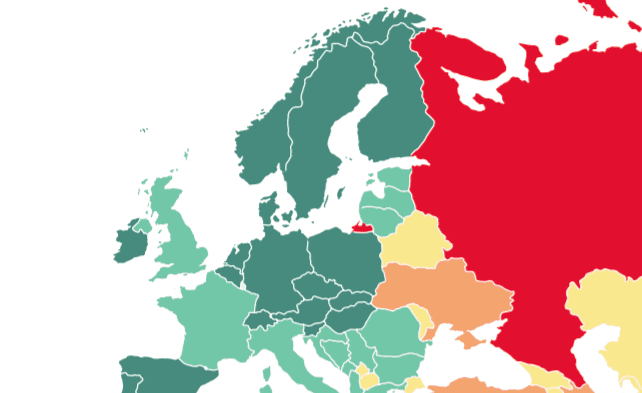 In a recent study published by The Institute for Economics & Peace, where 162 countries were considered, Poland is on the Top 20 countries in the Global Peace Index.

Europe is again the most pacific zone of the world, mainly because of the lack of external and/or internal conflicts. The zone with the worst rankings was Middle East and North Africa region.

The study has 5 classification the State of Peace which are: very high, high, medium, low, very low

Poland is the 19th place on the worldwide ranking

Poland is the 14th place in Europe

Poland is considered as a really pacific country, with better ranking than other European countries for example Netherlands, Spain, England or Hungary

Here are some numbers of the ranking (you can read here the complete study):

Latin-America is considered as the most dangerous zone regarding social security. 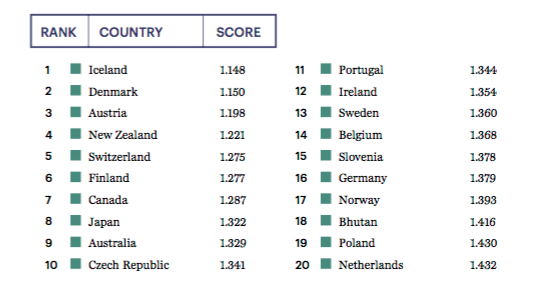 Chile is the Latin-American country with the best ranking, it is on the 29th place.

México is on the 144th place on this ranking, which is really bad because it is considered as a really dangerous country.

Colombia is the Latin-American country with the worst ranking, having the 146th place worldwide. 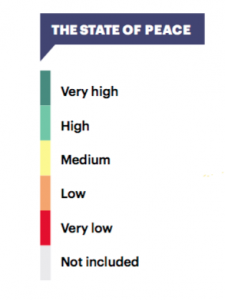